enter the night - capture the sky

The Milky Way from Svanstul

My friend Espen and I set off to a place called Svanstul on January 6th and brought with us the Sony a7S with Rokinon 14mm lens. Svanstul is located in a very low-light area in Telemark, Norway. With -16 degrees celsius on the meter, we had a cold treat ahead of us. The goal was to take photos of the milky-way, even though the “season” for milky-way photos starts in April for us in the northern hemispehere.

As we came up we noticed there was some lights coming from the ski-resort but we hoped it would not be to much of a problem for us. As we arrived, we rigged our gear in the car as fast as we could because of quite low temperature and a nasty wind.

I must say I hoped we would endure a longer stay, we also had planned a timelapse for the occation, but the temperature just washed us into the car with heater on 100%, heading home after 30 minutes. All in all, a “fresh” trip to a cold place, and we managed to get a few photos back. After some editing in Ligtroom, this is the final results.

Note to self for next time:
– Get warm(er) clothes , it really boosts your endurance!

Brevik by night and tons of light 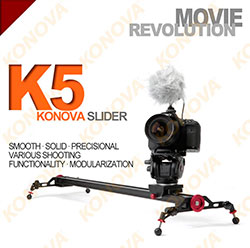